Before we get to the magic, I wish everybody a happy Ostara, (or Equinox)! This is one of the two times of the year when day and night are the same length. It was also unusual as it was the time of the new moon.  And more than that, seen from the UK the moon passed in front of the face of the sun… an eclipse!

Despite some early cloud and some haze during the event itself I managed to capture a couple of pictures of it (actually quite a few, but these two are the best). 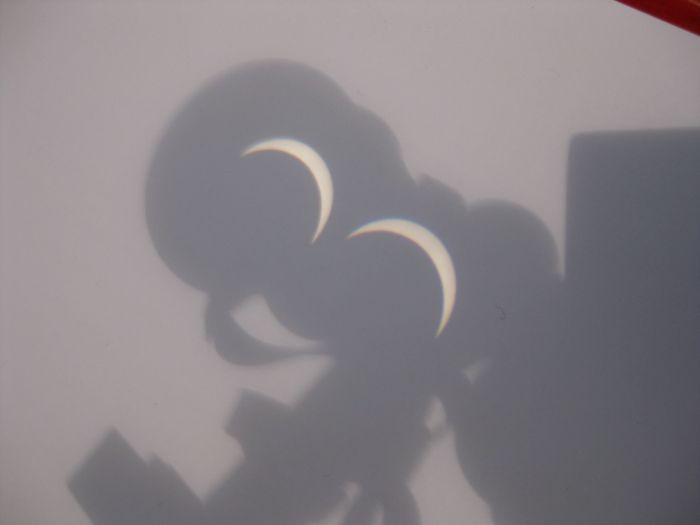 This is a nice image which shows the eclipse projected onto a sheet of paper through binoculars (as you never look directly at the sun).

This next shot is taken with a suitable filter in front of the camera lens: 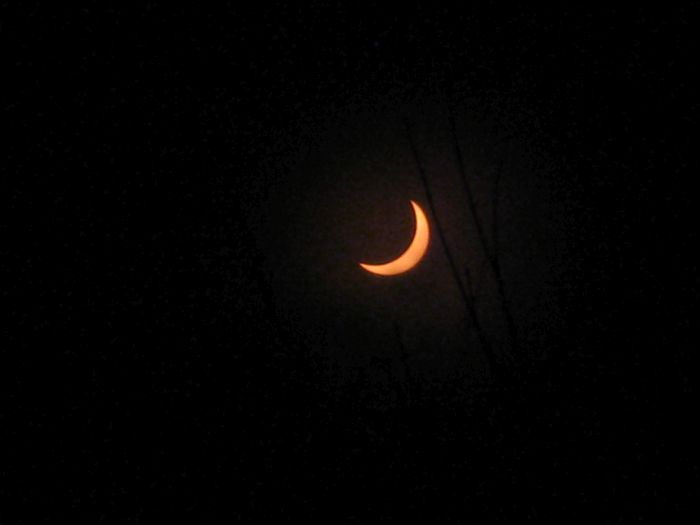 Nice photos, but they are missing something…

No, not atmosphere (though it would have been great if you had been here, too), but something more. Look at the lower picture again…

Look closely at it. See the crescent of what is ‘left’ of the sun.

(Please read these words carefully and let them sink in. And then look at the picture again.)

Instead of seeing the image as ‘flat shapes’, see the front dark shape (the moon) not as a disc, but as a sphere.

Take a moment to adjust your thoughts about what you’re looking at.

One sphere in front of another is what is really happening, anyway, but there is magic in those words as the words change your mind.

The magic is in realising what you are really looking at.

The magic is in realising the true picture, the living, physical, three-dimensionality of the event. Like cosmic snooker-balls, suddenly it stops being just a picture and becomes an image of massive worlds moving into alignment.

The difference is those words, the idea behind them, the magic.

Magic can change your world forever.