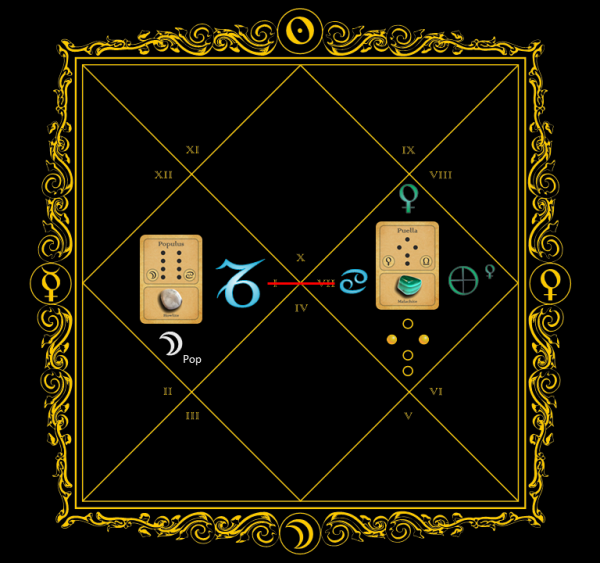 This week Puella in the seventh house (Cancer) gives you your first indication that much of your time, energy and attention will be taken up this week with relationships in some form or another.

It seems that you want closeness — but what kind? It would be wonderful for people to work, think and feel together. And given the influence of Puella and its relationship to Venus, combined with the protectiveness of Cancer, this is something dear to your heart at the moment. The big question will be who, or what, is in the way to get it?

Your thoughts are going to play a key part in proceedings this week. You want to be creative and expressive. But given that there is an opposition aspect between the geomes this week matters are not likely to be straightforward. How could they be with the crab walking sideways?

The second geome of the casting is Populus in the first house (Capricorn). From this you can see that you get a very useful pointer from the characteristics of both signs of the Zodiac. Both of them have hard and unyielding features. The crab of Cancer has its hard outer shell and the Sea-goat has its horns. Their respective elements are Water and Earth. Mixing these two in an opposition could produce sludgy mud rather than refreshed and fertile ground if you’re not careful.

There is more to the loving protectiveness you feel for your relationship with others than first thought though, as you’ll see…

Given that Populus is in the first house your attention is likely to shift from a direct interaction with others to you being more concerned with yourself in the relationship. Questions of ‘What am I doing wrong?’, ‘Why can’t I make this work?’ start to bubble up in your mind. And if they do so it is perfectly natural. But you’ll find it is not the best way to deal with the situation. You can easily become too self-critical that way.

The thoughts of yourself should be a reflection, but not about what you’re doing wrong. Your thoughts would be better directed to looking at how you can be practical in the situation.

You’re likely to be feeling that you have ‘tried everything’ but that nothing is working, or not working in quite the way you wanted it to. But you’re ignoring all the good stuff you have created and which underpins your relationship with others. Please don’t throw out the good with the bad. You’ve done a tremendous amount of hard work to get where you are with your relationships and this isn’t the time to insist on things being different.

The practicality of Capricorn encourages you to keep matters to the definite, concrete and known. That’s fine. But to avoid that mud we mentioned it is useful to think about what’s practical from both points of view. Earth and water also meet on the seashore! And that interaction is one of the most fertile and productive areas on the planet… Seaweeds, grasses, muscles, starfish, burrowing worms, fish and sea birds all thrive in this unique blending of the two elements — and your situation, too.

The Active Transform this week is Puella (134), reflected back into the seventh house by the full moon of Populus. This shows that your ‘practical reflection’ is likely to be successful by focusing on not on differences but on understanding.

It is this understanding which will be the key to your efforts in bringing about success. Specifically, your ideas to make this work.

You see, the particular points of difference with others aside, it’s your desire to make it work which will is the important part of the partnership. It’s how your unique thoughts will support theirs. The one thing which stays constant this week or your thoughts (courtesy of the two Taps at Level 2).

You see is not you. Is not them. It’s the relationship itself which needs time and attention. The Pars Venusii, which also falls in the seventh house, shows that the problem and the solution fall in the same area. The reflective Moon shows that you need to look at, and then act on, matters from a slightly different perspective. But opposition doesn’t just push in opposite directions. It can also oppose by pulling. You might feel that you’re in a tug o’ war as a result. 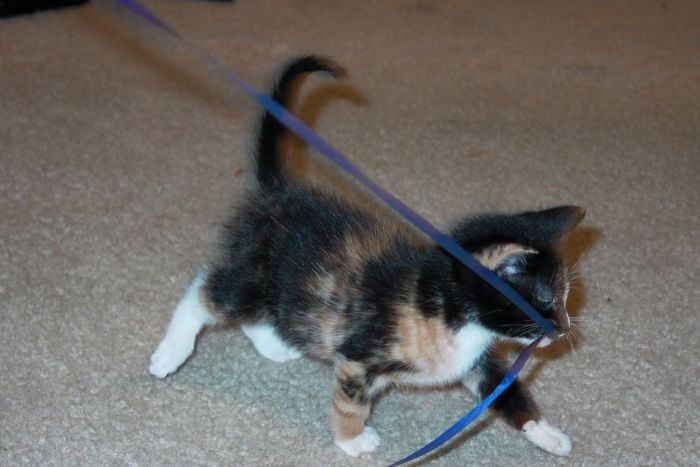 Flow indicates that the way forward is by looking to nurture. Nurture yourself and them. Practising new or additional ways of relating to others means you don’t have to change direction completely.

The change can be in breadth or depth instead.

You can make progress richly, deeply and nourishingly by focusing on the relationship rather than on any differences.

Focus on the rope rather than who is pulling or pushing.