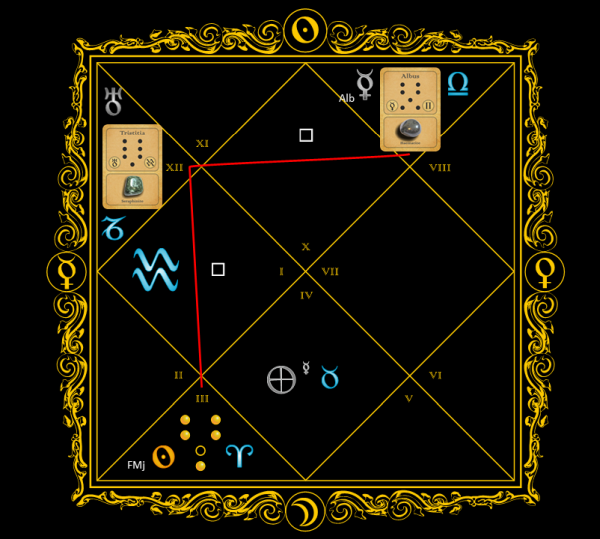 This is an interesting Casting as it makes an important point about giving readings generally. Sometimes each individual placement gives detail and a unique contribution. At other times, as here, the influences merge together to give a single golden thread of meaning.

With that said, the degree and particular meaning will be unique to different people, but the overall theme is likely to follow the same general pattern.

Albus in the ninth house (Libra) starts the week in the realm of thoughts: you have likely been doing a lot of ruminating and thinking, trying to get your thoughts organised. And not just ‘simple’ thoughts either, but rather your broader philosophical understanding of life. Perhaps the search for meaning. More likely though you will have been trying to arrive at some kind of decision which may have been eluding you.

Tristitia in the 12th house (Capricorn) suggests that hard reality is likely to have been sneaking up on you and will likely present a surprising situation. In fairness, it’s not as though you have not been aware of possibilities which might present themselves! It will depend on your circumstances as to whether the need for a solution is presented from outside, or whether you feel a sudden drive from within. The end result remains the same… Let’s call this for what it is: The procrastination will need to stop!

Now is the time when a new influence, new ideas or possibly a new perspective dictates that decisions need to be made and actions taken.

The Pars Mercurii is in the fourth house (Taurus) and is the key to unlocking this Casting. It suggests that the wisdom you have—and the need for change—have been most likely bottled-up. You have probably felt a need for security and an unwillingness to face what needed to be done. (As you can see, this interpretation is not pulling any punches!) Albus speaks clearly here in saying that it is the physical, the action, the doing which has been held up in some matters thanks to the dual influence of the protective fourth house and the sluggish need for comfort from Taurus. 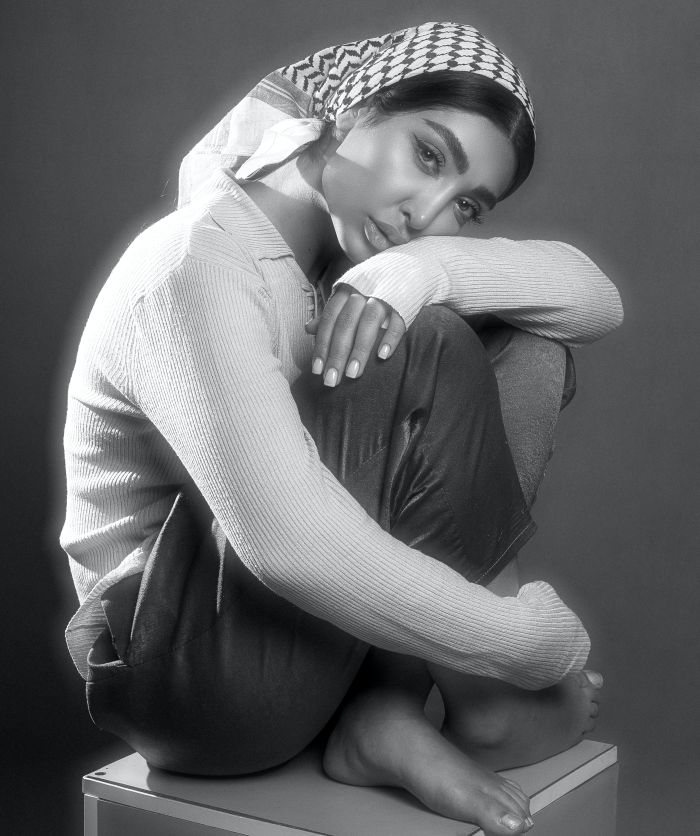 The Active Transform this week is Fortuna Major (3) in the third house (Aries). This is a very mental placement, but much more actively and decisively so than before. It suggests that reaching a decision and then direct action to change something will be your most productive way forward this week.

This is part of the power of the Active Transform to help you see which way Flow is going. Knowing the ‘run of the tide’ you can decide how best to deal with the current of events.

If you take the initiative and make the necessary changes matters will work out most favourably. That is not to say it will be easy (the square aspect certainly doesn’t promise that!), but at least you will be the one who is calling the shots.

What is known will remain static. It is the forces which demand movement.

Much energy might be wasted otherwise in fighting what is imposed and still needing to have to do it anyway.